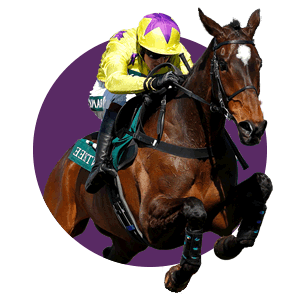 The 2023 Grand National will be held at Aintree Racecourse on Saturday, April 15th at 5.15pm. The Randox Health sponsored race is a steeplechase run over 4 miles 514 yards with 30 jumps over two circuits of the course.

The prize fund for the Grand National is £1,000,000 which makes it the most valuable jump race in Europe. 600 million people will watch the race in over 140 countries with more than 70,000 in attendance at Aintree on the day.

40 horses and their jockeys will line-up in what is the ultimate test in British horse racing. The Grand National course has much larger fences than normal. The Chair, Valentine’s Brook, Foinavon, Becher’s Brook and the Canal Turn are just some of the famous fences that runners and rider need to navigate in the race.

Which horse will you be cheering on? Check out our full guide to all the Grand National 2023 runners – Click Here Noble Yeats ripped up the form book when he became the first seven-year-old to win the Grand National since Bogskar in 1940.

Ridden by amateur jockey Sam Waley-Cohen, he was a rank outsider going into the race, with odds of 50/1. But he proved his doubters wrong with a gutsy performance. It was an emotional moment for Waley-Cohen, who was riding his last race before retiring. Won the Ultima Handicap Chase at Cheltenham in March 2022, a career best. He’ll need to continue to improve, but if he does he could be a real force to be reckoned with in 2023. Last seen winning at Cheltenham in 2022, it was an exciting season for this young chaser, who has now won three races in a row. If he continues to improve, he could be a real contender for the Grand National in 2023. Exciting times ahead for this young horse! Delta Work produced a stunning performance to win the Glenfarclas Chase at Cheltenham in 2022 when he edged out Tiger Roll.

He went to Aintree as a 10/1 shot for the National, but was bested on the day, finishing third. However, he showed that he has the stamina to be a leading player in the race and it would be no surprise to see him back for another crack in 2023. 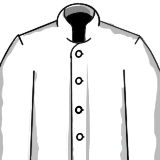 Has started the season really well winning first at Bangor and then again in the Coral Gold Cup at Newbury. With both races at 3 miles or further, this young horse is shaping up to be quite the chaser. 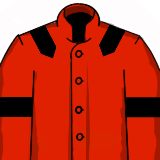 Ahoy Senor looks like a stable star for trainer Lucinda Russell. A Grade 1 winner at Aintree in the Mildmay Novices Chase, it was his third win of the season.

It will be exciting to see where he goes next – Cheltenham or the Grand National – and whichever race he runs in, he looks sure to be a force to be reckoned with. 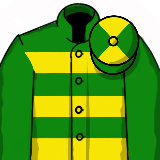 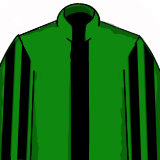 This horse is a machine! Ran an unbelievable 10 times last season, sometimes with barely two weeks between races. As his race distances increased, better performances followed. Rounding off the season with a win in the bet365 Gold Cup at Sandown over 3m5f. Usually 7-year-olds don’t fair well in the Grand National. However, in 2022, a seven-year-old bay named Noble Yeats shocked the racing world by taking the top prize. Could another young horse be ready to repeat this feat?

Darasso is yet to be tested beyond three miles, so that is a major concern. This means that we don’t really know how he will fare over the longer Grand National distance. Nevertheless, he has scored in seven of his ten chase starts, so he does show potential.

We give each horse a rating based on how closely it matches the trends and statistics of past Grand National winners.

Unlikely to mount a serious challenge.

Could place with a slice of luck.

A strong eachway chance and could even win it.

Ante post odds listed on this page are taken from Paddy Power on 05/12/22. Check the odds with your Bookmaker before placing a bet as fluctuations can occur.  Full Terms and Conditions for the promotional bet offers can be found on the respective websites – please read them before signing up.

Trends For Picking A Winner

Follow the trends and statistics to narrow down the Grand National 2023 field.

Bookmakers across the UK anticipate that over £250m in bets will be staked on the 2023 Grand National from millions of customers. Only a few of those placing bets will manage to back the winner on the day. Will you be one of them?

Some people will take a punt on a tip from a friend. Others will pick a runner based on the colour of silks worn by the jockey. While more will lump on a horse for no other reason than they like the name of the horse. In fact when Rule The World won in 2016 a significant amount of people who had backed it did so because it was their favourite Take That song!

Being more strategic about your choice of a horse only involves a little extra work. Read the racing news and study the trends and statistics that have emerged over the last ten years and try to determine patterns that will help whittle down your selections.

Only one winner went off as the favourite from the last ten Grand Nationals. That was Tiger Roll in 2019 (4/1). It can be argued that racing fans actually backed jockey AP McCoy, more so than the horse! Mon Mome won on 100/1 but he was first since 1967 to do that. In fact the average odds of a winning Grand National horse are around 20/1.

Seven winners had at least four seasonal runs before going on to win the Aintree spectacular. The only three who had less were Minella Times in 2021, One For Arthur in 2017 and Tiger Roll in 2019. They had all run three times.

Nine winners had either won or placed in a race at least 3m or longer in the season they won the Grand National. Only one, Auroras Encore had not won or placed on the run-up to the 2013 National.

None of the last 10 winners unseated their jockey in the season they won the Grand National.

Eight of the last ten winners had not fallen in the season they won the Grand National.

Generally, when online betting, avoid the favourites and look for those who are priced between 14/1 and 33/1 and who have at least three seasonal runs, with extra consideration for those who have won or placed at 3 miles or more. Tiger Roll was the exception, not the rule.

Or simply tear up the stats and pick a runner because you like its name!

The most famous fences of the Grand National

There are sixteen individual fences that need to be jumped in the 2023 Grand National, 14 of them twice as the race is run over two laps of the famous Aintree course.

Becher’s Brook is 5 feet high with the landing side between 6 inches and 10 inches lower than the takeoff side and is named after Captain Martin Becher who fell there in the first Grand National and took shelter in the small brook running along the landing side of the fence while the remainder of the field thundered over.

Foinavon is 4 feet 6 inches and is one of the smallest fences on the course. It was named in 1984 after the 1967 winner who avoided a mêlée at the fence to go on and win the race at outside odds of 100/1.

The Canal Turn is 5 ft high and is known for it’s difficult 90-degree left turn immediately after landing. Jockey Richard Pitman said of this fence “you can win or lose a Grand National at the Canal Turn, because any length you can gain in the air is more economical than having to gallop it.”

Valentine’s is 5 feet high with a 5 feet 6 inches (1.68 m) brook and was named after a horse called Valentine who was reputed to have jumped the fence hind legs first in 1840.

A famous part of the course located between fences 12 and 13 when the runners cross it near to the Anchor Bridge, a popular vantage point since the earliest days of the race.

One of the most difficult fences on the course, The Chair is 5 feet 2 inches high but is preceded by a 6 ft wide ditch and Grand National Runners only jump this once, on the first lap. The fence was originally the location where a distance judge sat in the earliest days of the race. The practise was done away with but the monument where the chair stood is still there.

The Water Jump is 2 feet 6 inches and is the second fence that runners only jump once during the race. The Water Jump was one of the most popular jumps on the course but over the years, The Chair has overshadowed it in popularity.

Once all the fences have been jumped the runners and riders head for the home straight which is one of the longest in the United Kingdom at 494 yards and one that many potential winners have had victory snatched away!