There are few people who can genuinely claim to be life-long supporters of the Grand National. But Trevor Hemmings is definitely one of them. Yes, owners come and go and some often only get one shot at watching their horse go over the Aintree fences. But not only does Hemmings aim to have at least one runner each year, he has already won it three times.

His first win came in 2005 with Hedgehunter who was ridden by ridden by Ruby Walsh and trained by Willie Mullins. Ballabriggs made it two for Hemmings in 2011. He was ridden by Jason Maguire and trained by Donald McCain. And finally Many Clouds bagged him a third win in 2015 under jockey Leighton Aspell for trainer Oliver Sherwood.

For the 2019 Grand National he has three entries. They are Lake View Lad with trainer Nick Alexander. Vintage Clouds with Grand National winning trainer Sue Smith and Warriors Tale with Paul Nicholls.

So which of his potential Grand National Runners looks the most likely to seriously contend?

Has already run in the National but pulled up in last season’s renewal. He has been seen three times since then. It has been a mixed bag but includes a win at Aintree in the Grand Sefton. That was before he pulled up last time out at Doncaster in the Sky Bet Chase. He is around 40/1 antepost for the win.

Is a relatively new addition to the Hemmings family. Purchase in October 2018, he is trained in Scotland, by Nick Alexander. He is definitely worth looking at if only because he is on such good form. Alexander clearly know how to get the best out of him. From his eleven chase starts he has won or placed in ten of them. He has already notched up two wins this season. On better odds than Warriors tale, Lake View Lad can be backed at around 33/1.

Another solid entry for Hemmings, he was third in the Scottish National in 2018. His only blip came when he was pulled up in the Welsh National in December. Otherwise he is quite consistent when it comes to jumping and ability to run the longer distances. His only real problem is that while he places a lot, he doesn’t win all that often. That said, Rule The World had never won a race until the National so who knows! Vintage Clouds can be backed at odds of 25/1.

If Trevor Hemmings can win a fourth Grand National, he would become the most successful owner of all time in the Aintree spectacular. He currently shares the honour with James Machell, Sir Charles Assheton-Smith and Noel Le Mare, who famously had three victories with the legendary Red Rum in the 1970s. 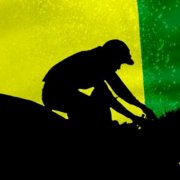 The Famous Faces With 2019 Grand National Entries
Scroll to top