The Sue Smith trained Vintage Clouds came back on his seasonal reappearance at Haydock last Saturday. He quickly advertised his Grand National claims by winning the staying handicap chase by half a length. But more than that, he ran over a trip that was shorter than he needs. Plus he had to make the running from a long way out due to a faller.

The big grey has never run in the National before. He entered last year but didn’t make the cut. Instead he went to the Scottish National for the past two seasons. He finished third in the 2018 renewal and was seventh in 2017. Those runs were very good and certainly showed off his ability to stay over the extreme distances seen at Aintree. At eight-years-old right now, he will be nine if he goes for the race in April 2019.

On Saturday at Haydock, the distance was shorter at just three miles and one furlong. So it was impressive to see him grind out a win over that trip. There is no doubt that he is better over further, and it was his staying ability that got him home on Saturday. When his stablemate Delusion of Grandeur fell in the race, Vintage Clouds was left making the running. While not an ideal position to be in, the one benefit to that was that he could set a decent pace. That allowed him to push out those horses who are a little quicker but don’t stay as well.

That plan was executed to perfection by jockey Danny Cook. He allowed Vintage Clouds to roll along nicely and when something came to challenge him, he found a little more. This was a great testament to the horse. He is certainly a stayer and one that can continue to pull out more when needed.

Jockey Danny Cook is likely to get the pick of a few horses in the National. However, this is a horse that he likes a lot, and speaking after the race on Saturday, he said the National would certainly be the target.

One horse he won’t be riding in the National is Definitly Red. It was confirmed that connections will targeting the Cheltenham Gold Cup once again. He ran in the Gold Cup last season and is following that path instead of Aintree. So chances are he won’t be getting a second tilt at the National. But things change so watch this space.

Stablemate to Vintage Clouds, I Just Know, is a horse that Cook could ride though. He too is trained by Sue Smith and was quietly fancied by the yard last season to run a big race. Unfortunately, it wasn’t to be for him. He has had a different campaign so far, running over hurdles to preserve his handicap mark and it remains to be seen where he will go.

Back to Vintage Clouds, and this was a very good performance on Saturday and one that puts him firmly in the National picture. So much so that bookmakers have installed him as ante-post race favourite. With months to go until the 2019 Grand National, he is as short as 20/1!

National Hope ‘I Just Know’ Disappoints Early In The Season 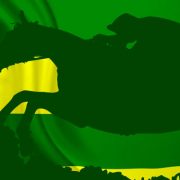 18 Head To The Becher Chase At Aintree
Scroll to top