The last Grand National of the year, or the first of the season, depending on which way you look at it and we’re off to Chepstow for the 2020 Coral Welsh National. The race is scheduled to take place on Sunday, 27th December 2020 at 14.50pm. UK viewers can watch it live on iTV4.

This year the race will be held behind closed doors so while it’s disappointing not to have race go-ers in attendance, at least the race is going ahead. At least we hope it will.

History has told us that the weather can be particularly tricky at this time of year, so much so that the Welsh National has previously been moved into January when the course was waterlogged or frozen over. That happened in 2010, 2012, 2015 and 2017.

However, all being well this year we should have a cracker of a race on our hands.

This is always a popular race and many see it as a precursor to either Cheltenham or the Aintree Grand National. A long-distance chase, the race is run over 3m6½f with 23 obstacles to be navigated.

For 2020 there were 51 entries with the 2019 winner, Potters Corner leading the pack. But as the race has a maximum of 20 runners, those 51 have already started to be whittled down. And that surprisingly includes Potters Corner.

Trainer Christian Williams has decided to aim for the Aintree Grand National 2021. A possible trip to the Cheltenham Cross Country Chase in March is also on the cards.

Also already out of the mix is Copperhead from Colin Tizzard and Danny Whizzbang from Paul Nicholls. And while Native River is still in, he is unlikely to run with connections instead choosing to build his campaign around the Cheltenham Gold Cup.

So as it stands, at the time of writing, there are still 40 runners on the card. Those will be reduced over the next 11 days until we end up with our starting line-up. If Native River does go then his top weight of 11-12 will pass to the second highest-rated runner. That is Yala Enki, currently on a weight of 11-03.

That would also add an additional nine pounds to all of the other runners!

So who are the remaining 40 potential runners and what are the odds for the 2020 Welsh National like? Odds are ante-post from Paddy Power and correct as of 15th December.

As mentioned above, that list will halve over the next 10 days. But as you can see Secret Reprieve is the current ante-post favourite at odds of 7/1. Trained by Evan Williams, I suspect that favourable odds are a result of his most recent win. That was also at Chepstow, earlier this month in heavy going over 2m7½f.

The @EWilliamsRacing yard is flying – another winner, this time Secret Reprieve in the @Coral Welsh Grand National Trial. It’s a double for jockey @james_bowen_ pic.twitter.com/qoecsAaKYW

He is also six years old which sits nicely into the trend of younger Welsh National winners. In fact, since 2004 there have only been three winners older than eight years of age. They were Mountainous in 2015 (11), Raz De Maree in 2017 (13) and Potters Corner in 2019 (9). So if you’re looking to whittle down the card, look at the younger chasers.

As with any race of this magnitude, trying to pick a winner is not straight forward. Firstly the field needs to be reduced and secondly, the going at Chepstow will play a huge part in who could run well.

That said, Yala Enki could be in with a good shout. Generally ridden by Bryony Frost, the duo recently ran in the Becher Chase but crashed out at the first fence. However, Yala Enki did run and was third in last year’s Welsh National so can he go two places better in 2020?

For better value, The Two Amigos could be worth a closer look. At odds of 12/1, he has run a couple of times at Chepstow and finished in second place there, last time out. He also runs on soft or heavy ground and was fifth in the Welsh National last year.

Smooth Stepper, at 33/1, is another potentially interesting contender. He was fifth in the Becher Chase and won at Haydock in February in the Grand National trial so for distance and stamina, despite being a bit older than the average winner, he could put in a good run.

Those are just three to keep an eye on over the next week. Once the final line-up has been declared we will update our tips and keep our fingers crossed for another great Coral Welsh National. 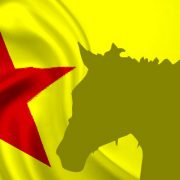