There is just over one week to go until the Grand National 2019. And that means a lot of speculation as to who exactly will make the starting line-up of 40 runners. Plenty of connections further down the list are waiting patiently for the green light.

The five-day declaration stage takes place on Monday 1st April. But even still, trainers are announcing the withdrawal of some very popular Grand National runners.

Blaklion was supposed to make his debut for trainer Phil Kirby next Saturday. However, he advised today that Blaklion has suffered a setback with his hind leg. Hopes were that he would make a later race but it now looks like he is out for the remainder of the season.

Kirby said: “He’s got a back joint problem and he won’t be running next week.

“I’m disappointed, the owners really wanted to have a National runner and we’ve done everything we can to get him there in one piece.

“It’s not something that will stop him forever, but most likely for this season.”

It’s with a heavy heart we announce that BLAKLION will not be running in the Grand National due to a setback with a hind leg. Incredibly sad for his Owners and everyone here at Green Oaks but he is comfortable and let’s hope this time next year we can have another crack at it. pic.twitter.com/wxz6A110Z4

Later in the same day, Dr Richard Newland announced on Racing TV that his charge, Abolitionist, was also out of contention. The 11-year-old who won the Pertemps Network Hurdle at Aintree last season was last seen pulling-up at the Cheltenham Festival.

It now transpires that he too has picked up an injury. He had been on general odds of 33/1 for the Grand National.

That means Bristol De Mai, Daklondike, Blaklion and Abolitionist have all been ruled out in the last few days. That paves the way for Singlefarmpayment, Valseur Lido, Vieux Lion Rouge as they make it into the Top 40.

Abolitionist was number 44 on the list of entries, which leaves connections of Vintage Clouds needing just one more defection to secure his spot.

More withdrawals are expected, namely from Gordon Elliott who has plans to run some in the Irish Grand National. So the likes of Walk In The Mill, General Principle, Livelovelaugh and Folsom Blue could also be Aintree bound next week. 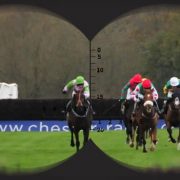 5 Early Contenders For The 2018 Grand National 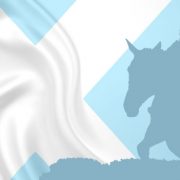 The Road To Aintree – The Cheltenham Factor