The Grand National is the horse race that gets everyone’s attention. Like the football World Cup or the Super Bowl, it attracts followers who might ordinarily have little or no interest in the sport. But unlike those other examples, it also gives everyone a chance to get involved. Office sweepstakes on the winner are a popular tradition in many businesses, but if you are unfortunate enough to pull a 100/1 shot out of the hat, you might think you’ve seen the last of your stake forever.

Yet part of the excitement of the Grand National is its habit of producing surprise results. The different online bookmakers are already starting to sketch out the odds, and all eyes are on Tiger Roll, the Horse of the Year looking to make history with a third consecutive National win. However, as the following examples go to show, you can take nothing for granted at Aintree.

Five 100/1 Shots That Defied The Odds

Tipperary Tim (1928 winner)
42 horses lined up for the 1928 race, and as amateur jockey William Dutton prepared for the off, a friend called out that he could win the race – if the other 41 horses fell. That’s exactly what happened in damp, misty conditions and while one other rider managed to remount and finish the course, Dutton had by that time passed the post and cemented his place in history.

Gregalach (1929 winner)
Racegoers were still in shock over a 100/1 shot winning the previous year when they arrived for the 1929 race. This time there were 66 starters, but once again, conditions were treacherous and more than 50 fell. Of the nine that completed the course, only two had started the race at odds of less than 20/1. But incredibly, it was 100/1 shot Gregalach who beat them all.

Caughoo (1947 winner)
Two 100/1 outsiders winning in consecutive years is crazy enough. But Caughoo’s performance was even more impressive. Here’s a horse that didn’t win by default. The eight-year-old simply left the rest of the field in his wake, making the 56 other entrants look like the rank outsiders, and winning by 20 lengths. The horse had few distinguishing races before or after, it was as if he was meant for that one magical moment.

Foinavon (1967 winner)
A further two decades went by before the next major upset. Three jockeys had turned down the opportunity for a place in the saddle of the black gelding before John Buckingham took up the challenge. Horse and rider managed to avoid chaotic scenes at the 23rd fence and while others were caught in the melee, they cantered to victory.

Mon Mome (2009)
Even in the modern age, upsets are still more than possible in the Grand National. Like Caughoo, Mon Mome won on merit, keeping two of that year’s favourites, My Will and Comply or Die, at bay, to win by 12 lengths.

From a bookmaker’s perspective, it’s all about the odds and those five 100/1 shot winners constitute the biggest upsets from a mathematical viewpoint. But there’s more to the Grand National than mathematical statistics.

The Teenage Lad And The Million Pound No-hoper
Back in 1963, Pat Buckley was a 19 year old from Naas in County Kildare who was just making a start as a professional jockey. Two weeks before the Grand National he was approached by a stranger at Newbury Racecourse and asked if he had a ride of the National. The stranger was Keith Piggott, father of racing legend Lester, and the ride in question was Ayala, a 66/1 no-hoper. What followed was the stuff of comic book adventures – the horse attracted some big money bets, but Buckley and Ayala just went out to enjoy the experience.

It was the right attitude to take, and the pair beat all the rest to win by half a length. Bookmakers paid out more than £1million on Ayala’s win – that’s the equivalent of £21 million today. Years later, Buckley said: “Keith told me in the paddock there was big gamble going on but it didn’t matter to me if it was 10 shillings or 10 million pounds as I would still have ridden the same way. I can’t even say there were great celebrations after Ayala won. I didn’t drink in those days, so it was all very low-key.”

Last Suspect, First Past The Post
Sometimes, the upset is more concerning the horses that don’t win that the one that does. The 1970s and 1980s saw the Grand National won by some legendary names. Red Rum, L’Escargot, Corbiere, Last Suspect… Sorry, who was that last one?

In 1985, it was all about the legendary Corbiere, who had won in 1983, and the defending champion Hello Dandy in the run-up to the big race. Last Suspect had a reputation for acting up, and his owner, the Duchess of Westminster had decided to pull the eleven-year-old from the race. Trainer Tim Forster agreed and it was only the persuasive powers of jockey Hywel Davies that changed her mind.

On race day, Mr Snugfit seemed to have the race under control, but he began to tire in the final 100 yards. Last Suspect surged from nowhere to secure his place in the history books, despite starting at 50/1 odds.

Expect The Unexpected
These are just a few examples of the surprise results that the most famous race of them all has thrown up in its long history. It’s more than a decade since Mon Mome became the fifth 100/1 shot to win the Grand National, but in the intervening years, we’ve also seen a 66/1 winner in Auroras Encore in 2013 and two 33/1 shots in 2012 and 2016.

In fact, when Tiger Roll won last year, he was the first favourite to emerge victorious in the Grand National since 2010. We’ve not had back to back winning favourites since the 1890s, so prepare for the unexpected at Aintree this year! 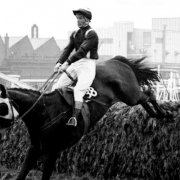 Biggest Races To Watch This Season