Every year the greys that run in the Grand National have a huge following. Racing fans absolutely love them. The reality, however, is that very few ever actually win the race. The last grey runner to win the Grand National was Neptune Collonges in 2012 and by then he was only the third grey to win in the history of the race. That is largely because so few are ever entered and run and it.

That said, given the very nature of the race, any horse can really win it and its colour is irrelevant. So with that in mind, we are taking a look at the Grey runners entered into the 2020 Grand National. Can any of them cause an upset and dethrone Tiger Roll?

Was entered last year and was handed top weight. Connections eventually opted to swerve the Grand National and go for the Aintree Bowl instead. For 2020, the handicapper has been very fair and, should he run, Bristol De Mai will be 4lbs less than Tiger Roll, on 11-08.

That’s still a hefty weight but Bristol De Mai is a classy chaser that has won or placed in 20 of his 25 career chase starts. He usually runs in races around 3m1f so the National will be a step up in distance, however, if any horse can do it, it is this one.

The first of two grey runners owned by Trevor Hemmings, Lake View Lad had a lot of fans last year when he went off at odds of 14/1. Unfortunately, he was hampered by a faller and had to be pulled up.

Lake View Lad in good order warming up for his work this morning, he’s come out of his Kelso race in good form and will now either head to Haydock on 15th or back to Kelso on 29th, all being well of course! pic.twitter.com/9qDmUyTKd8

The plan is to run him again in the Ultima at Cheltenham. He was third in that race last year. All going well we should see him back at Aintree on April 4th and raring to go. On 7lbs less than last season, if he can avoid trouble, he can run a great race.

Vintage Clouds is a beautiful horse but sadly one that clearly does not like the Aintree fences. He fell at the first fence last year before returning for the Becher Chase in December. That didn’t fare any better and he spent most of the race at the back of the field before blundering at the sixth fence and getting pulled up.

It’s a grey (horse) day today, as we head to @haydockraces, let’s hope these two recent winners can give us something to smile about again today. Vintage Clouds (3.15) will be ridden by Leighton Aspell and Silva Eclipse (3.50) will be ridden by @SquinlanSean. #SSRacing 🐎. pic.twitter.com/FzTPiam32k

Trainer Sue Smith had more or less announced that he wouldn’t even get an entry for the 2020 Grand National but owner Trevor Hemmings wants to give him another shot. So we will definitely see him there, but whether or not he can run a good race is anybody’s guess.

Translating as ‘Everything Is Allowed’, Tout Est Permis is a Gigginstown horse trained by Noel Meade. A handy chaser, he was 8th in last year’s Irish Grand National. He has had six runs this season and while he hasn’t won any of them, he has certainly held his own.

Tout Est Permis gets up on the line to win the Grade Two Horse & Jockey Hotel Chase @thurlesraces and leads home a one-two for Gigginstown House Stud.🥇🥈

The only issue with Tout Est Permis is that he is only seven years old. Historically young horses don’t do particularly well in this race and you have to go back to 1940 to find the last 7yo that won. So the chances of a grey seven-year-old winning the race is probably why he is 66/1 with the bookmakers!

Started off at number 66 on the list of entries when the weights were revealed. Following the first scratching deadline he has moved up a few spots and should comfortably make the cut for the 2020 Grand National.

Trained by Tom George he ran in the Topham Chase last season. Unfortunately, he didn’t really make an impact and while he got around the course he was 83L off the winner. That performance can be explained though. He was badly hampered at the very first fence and found himself at the back of the field. But more importantly, he finished the race and it turned out he had lost his right hind shoe. Unhindered and with all four shoes, he could actually run a good race.

It is going to be a very tense wait this year for connections of Flying Angel. The Nigel Twiton-Davies trained nine-year-old was number 76 when the weights came out. To put that in perspective, the cut-off point last year was number 77 when Just A Par snagged the last spot in the 40 runner line-up.

Flying Angel did well in the Topham Chase last season, finishing in 6th place. He also ran in the Grand Sefton at Aintree in December and was 4th. So he’s familiar with the course and can get around the fences. On the downside, he runs much better at around 2m5f and likes the ground soft so rain and stamina will be needed.

Translating from Irish, Scoir Mear means ‘Quick Retirement’ and wouldn’t we all love one of them! Owned by JP McManus and trained by Thomas Mullins, the 10-years-old simply doesn’t have the form or the rating to qualify for this year’s race.

He started at number 100 when the weights were revealed. That all but puts him well out of contention for the 2020 Grand National. So no point in even backing him this year.

The last of our grey runners, and in a similar position to Scoir Mear, Kilfilum Cross can’t qualify for the Grand National 2020 either. His position after the weights came out was only marginally better at number 95.

It’s a real shame because he’s a handy little chaser who was second place to Any Second Now at last year’s Cheltenham Festival in the Kim Muir. His rating did go up a few points after that but not enough for the handicapper to bump him up the places.

So there you have it. Eight grey horses entered into the 2020 Grand National. Realistically, only four are absolutely guaranteed their spot with two more playing the waiting game. Hopefully, if you’re a fan of grey runners, one of them will take your fancy. Just remember that anything can happen between now and race day so some may get scratched and not run at all. 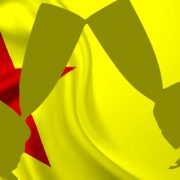 Grey Runners In The 2019 Grand National

Biggest Prize Ever For Ladies Day 2020

Four Lively Outsiders for the 2020 Grand National
Scroll to top